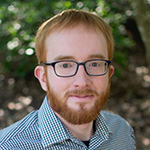 Graham is a 2008 graduate of UNC, where he earned a degree in journalism and mass communication. Prior to joining the HSRC team, he worked as a designer at The News & Observer, where he also assisted with software training, visual reporting and technology coverage. In addition, Graham has gained valuable experience in his work as a freelance editor, writer, game designer and web developer.