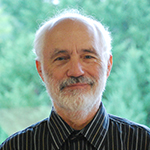 Robert Foss is a senior research scientist and the Director Emeritus for the Center for the Study of Young Drivers at HSRC. He is an adjunct professor of maternal and child health and health behavior. Since coming to UNC in 1993, his research has focused primarily on factors contributing to the high crash rates of teenage drivers and the role of alcohol in transportation-related injury. As a social psychologist, his work focuses on the behavioral, social and cultural aspects of traffic injury prevention, with an eye toward developing effective social policies to enhance transportation safety.

Another important focus of Rob’s work is the improvement of measurement and research methodology. This theme runs through most of the research he and his research team have conducted, focusing on direct observation and measurement of salient behaviors in field studies, rather than relying solely on self-reported behaviors or existing databases. One lengthy series of studies used portable breath-testing devices to measure the extent of driving after drinking in representative samples of nighttime drivers. The extent of drinking by recreational boaters in North Carolina and Maryland was measured in a survey conducted on lakes, rivers and sounds to identify the risk curve for boating deaths as a function of individuals’ alcohol concentration. The extent of drinking by college students and how that varies among those who drive, walk or use transit to get home was also documented using this method.

More recently, Rob’s efforts have focused on improved measurement and understanding of the nature and extent of risks for young novice drivers. Using in-vehicle cameras and other technological measuring equipment, Rob and his colleagues have conducted the first-ever study of how parents supervise teenagers as they begin driving. Data obtained with this same approach were analyzed to determine the kinds of distractions that teenage drivers encounter, the ways in which their driving compares with that of their parents and whether siblings are more or less distracting than similar age peers.

Other recent studies have examined the role and effectiveness of various policies designed to reduce teenage driver crash risks – Graduated Driver Licensing (GDL) to improve novice driver learning, prohibitions on cell phone use by young drivers to limit distractions and altered school start times to reduce drowsy-driving crashes among adolescents. The concept of GDL originated at HSRC nearly four decades ago; the current young driver research group continues to work with numerous states to assist them in improving their young driver licensing systems, as part of a project to examine how such policies can most effectively be promoted. Salient findings from this work have been published in the research literature of several disciplines including the Journal of the American Medical Association, Journal of Applied Social Psychology, Injury Prevention, American Journal of Public Health, Journal of Studies on Alcohol, Accident Analysis & Prevention, Journal of Safety Research and Traffic Injury Prevention.

Rob is the founding director of the Center for the Study of Young Drivers and founding chair of the Transportation Research Board Subcommittee on Young Drivers. He is a member of the editorial boards of the Journal of Safety Research and Traffic Injury Prevention.